Nole German, left, and his daughter Ella, 9, traveled from Hutchinson, Minn. to see the relics. They are members of St. Anastasia Parish there. Next to Ella is Peggy Imholte, a member of St. Joseph Parish in Waite Park. (St. Cloud Visitor/Diane Towalski)

Catholics from every corner of the state came out last week to venerate the relics of St. Thomas More and St. John Fisher. Relics of the two English martyrs made stops in St. Paul, Cloquet, Bemidji, St. Cloud, New Ulm, and Rochester from June 26-28. The Strength of the Saints Relic Tour was part of the Fortnight for Freedom, a time for American Catholics to reflect on the importance of religious liberty and the ongoing struggle to defend it. The relics tour drew some favorable coverage, from national Catholic and local secular media outlets alike.

At the Cathedral of St. Paul, pilgrims heard from Dr. John Boyle, who said the saints’ lives of prayer and discipline prepared them to be martyrs. In other dioceses, the local bishop celebrated Mass or a prayer service. A curator of the relics (which came from a collection at Stonyhurst College in England) was also on hand at each stop to explain their significance.

VIEW: Pictures from the Strength of the Saints Relic Tour

The faithful came to venerate the saints for many reasons. Some had personal devotions to one or both of the saints. Others were curious to see what the relics (part of More’s jaw and tooth and Fisher’s signet ring) were like in person. Still others came to show their children real-life examples of the martyrs, and to ask for the prayers of two men who stood strong for Christ even through the most difficult of circumstances.

Strength in a Time of Need 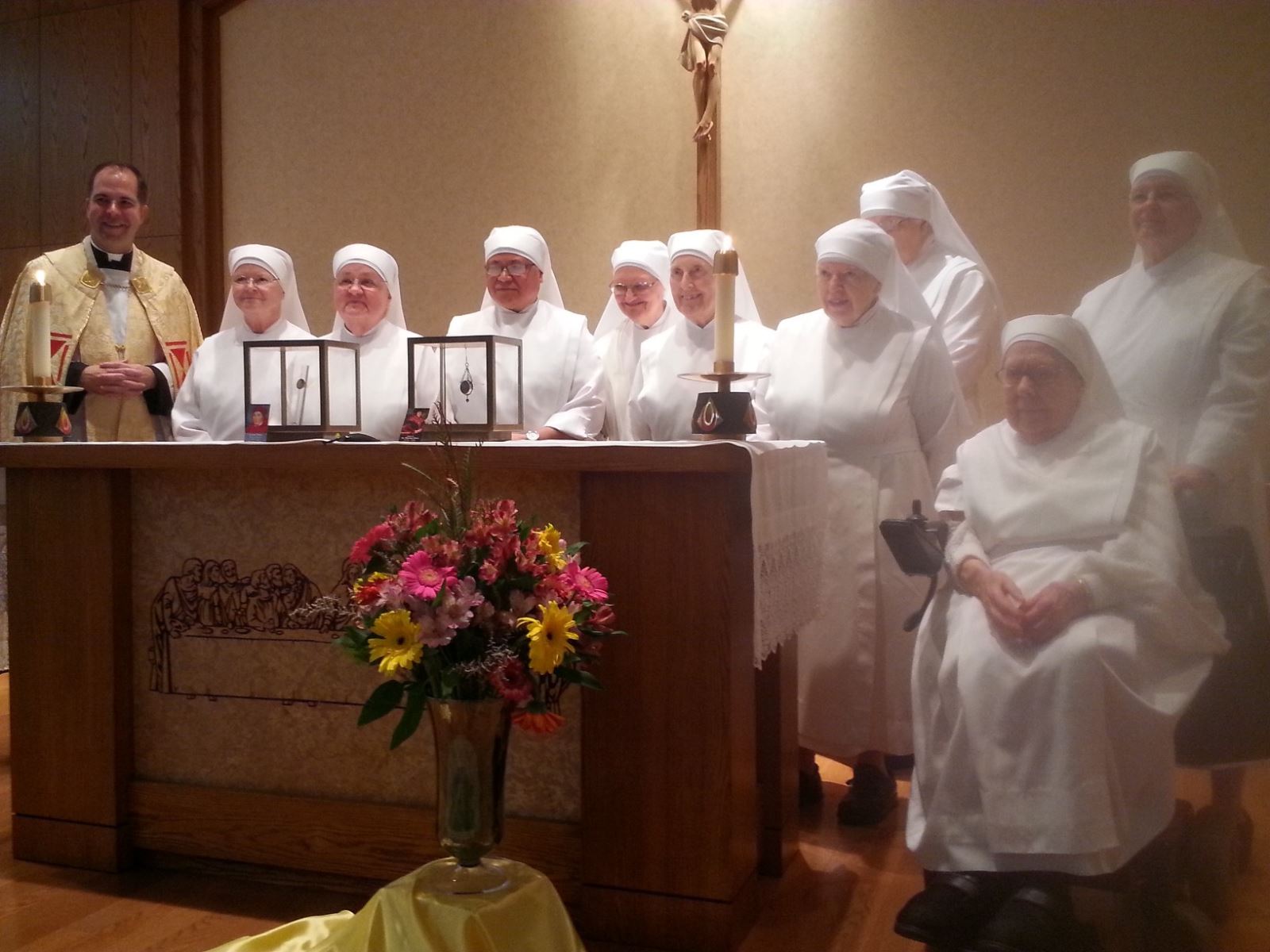 The relics visited the Little Sisters of the Poor in St. Paul.

One group in particular drew strength from these saints in a special way: the Little Sisters of the Poor. Before the official tour got underway, the relics made a stop at The Little Sisters’ residence in St. Paul. These sisters have been resisting the HHS mandate, which would force them to arrange for coverage of abortion-inducing drugs, contraceptives, and sterilization in their employee health plans. Like More and Fisher before them, the Little Sisters are unwilling to put the laws of man above the law of God, and simply desire to serve in a manner consistent with their faith.

Along with More, Fisher, and several other saints, the Little Sisters are being recognized this year as Witnesses to Freedom. The presence of two groups of Witnesses to Freedom in the same room – one from the 16th century and another from today – was a powerful reminder that the struggle to protect religious liberty and the freedom of the Church is ongoing.

In fact, several developments in recent weeks draw attention to the fragility of freedom of religion in America:

Stand Up for Religious Freedom

Religious freedom is the bedrock of our nation, but it is cracking. We need laws in place that protect religious liberty if people of faith are to live in a way consistent with their deeply-held beliefs, and if the Church is to be free to proclaim Christ’s love in the public square.

Please consider standing up for religious liberty in the following ways:

PRAY
This year’s Fortnight for Freedom may be over, but Catholics are still encouraged to pray for religious freedom in our country. The USCCB has provided several helpful prayer resources, including St. Thomas More prayer cards and a Prayer for the Protection of Religious Liberty.

GATHER
The Queen of the Americas Guild will hold their 11th annual conference at the Shrine of Our Lady of Guadalupe in La Crosse, Wisconsin, on July 29-30. The theme of this year’s conference is “Divine Mercy and the Freedom of Religion.” His Eminence Raymond Leo Cardinal Burke will provide the keynote address. Learn more and register for the conference today.

ADVOCATE
The right of religious believers to live by their deeply-held convictions is under threat. We need to take action now. Please call your Congressman and senators and ask them to support theConscience Protection Act of 2016. Share this message with them:

I urge you to enact H.R. 4828/S. 2927, the Conscience Protection Act of 2016, to defend the conscience rights of those who wish not to be involved in supporting abortion.  This bill is needed now to stop discrimination against all people who respect unborn human life.  It is wrong for the government to force Americans to violate their deeply-held convictions on respect for human life.

Or, take a minute and send a pre-written email message through Human Life Action.